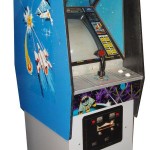 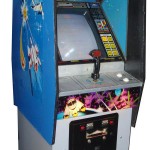 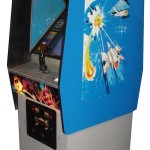 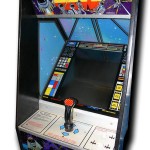 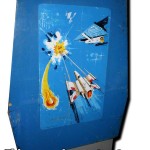 GORF features a pistol grip joystick and robotic speech synthesis that heckles the player during gameplay. GORF is an acronym for Galactic Orbiting Robot Force, but is so-called because the letters spell “Frog” (designer Jay Fenton’s nickname) backwards. It proved so popular that it was ported to most of the home console systems and personal computers of the time, but they lacked the third Galaxian mission which was removed due to licensing issues–preserving the superiority of the arcade game.

Advance through the ranks and complete your intergalactic missions in this classic! Released in 1981 by Midway,  the Gorf arcade game was one of the first games to use synthesized speech in it’s programming. Gorf, or Galactic Orbiting Robot Force, has players acting as recruits who advance from Space Cadet, all the way to Space Avenger. Players cycle through five missions: Astro Battles, Laser Attack, Galaxians, Space Warp, and Flag Ship. Once a player completes all five missions, they advance in rank and repeat the missions at higher difficulty. These five missions essentially make Gorf five games all in one. Each mission’s goal is to clear the field of enemies by firing quark lasers. This classic game comes in the original cabinet with the control panel and marquee artwork and a 19 inch CRT monitor. We can even fully restore the game to like-new condition with all new artwork for an additional $800.